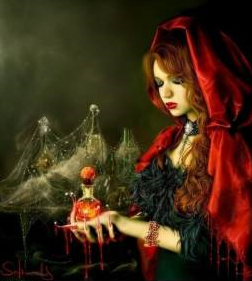 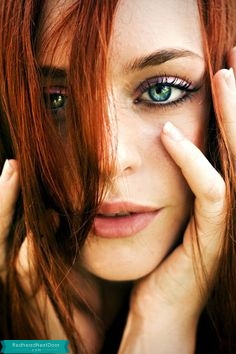 Throughout history, redheads have been mistrusted and maligned. In medieval Europe, the infamous witch-hunting manual, Malleus Maleficarum, instructed that red hair and green eyes were marks of a witch, as were freckles, which redheads tend to have aplenty.  Mixing potions and casting spells wasn’t required, you merely had to have the “mark of the devil”.

This belief might have stemmed from the general consensus that redheads were evil, wanton, and hot-tempered. In the Bible, Mary Magdalene and Judas Iscariot are often portrayed as redheads, as was Lilith, Adam’s first wife who insisted on sexual equality.  Even Jonathan Swift, in his 1726 classic Gulliver’s Travels, characterized redheads as being wanton and promiscuous.

There might actually be some truth to the myth of the lustful redhead.  With their fiery looks, cute freckles and stunning light skin, ginger hotties are that rare breed of beauty capable of making even the most stunning blonds and brunettes seem pretty normal.

A study in 2006 by sex researcher Professor Dr Werner Habermehl in Hamburg, Germany found that women with red hair had sex more often.  Another survey in England duplicated those findings, and reported that redheads had sex an average of three times per week, compared to twice per week for blondes and brunettes. For these studies, it didn’t matter whether the women’s hair was naturally red or natural red. Of all the women who color their hair, 30 percent choose to become redheads—more than the 27 percent who go brunette and the 26 percent who go blonde. Some scientists theorize that these women are capitalizing on the perception of the fiery redhead to signal to men that they are looking for partners.

Even if redheads do have to endure a lifetime of sunburns and being called “ginger,” their hair doesn’t just make them stand out, it makes them incredibly unique and seductive.   Perhaps its that red stands for passion and when a man sees a redhead he will think he is dealing with a woman who won’t mess around, and gets straight to the point when it comes to sex.

Either way, its scientifically official….redheads have it more often!  Better yet, it’s nice to know that gingers aren’t being burned at the stake anymore for being sexy!

If you are a redhead, you share the ranks with some of the hottest women in the world!
Evan Rachel Wood,  Lily Cole,  Amy Adams,  Karen Gillan,  Emma Stone
Lindsay Lohan,  Cintia Dicker,  Isla Fisher,  Barbara Meier,  Christina Hendricks

3 comments for “The Lustful Redhead”

Excellent article! Congratulations on the information. 56053997

I have noticed that redheads are used in advertising and it is always more eye catching then a blonde or brunette. Even in comic books redheads were always used and that was an easily a draw to buy and read those books.